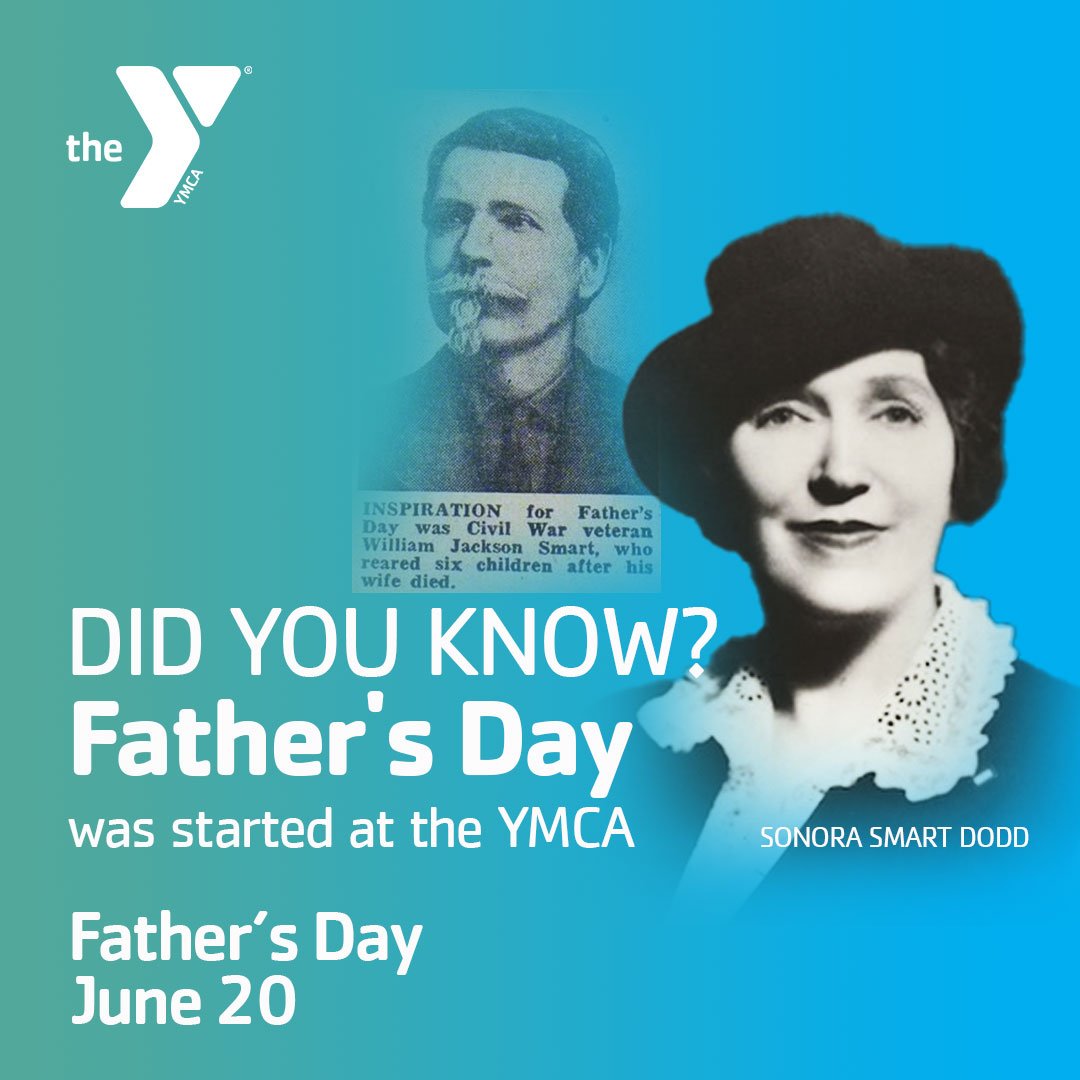 More than 110 years ago, Sonora Louis Smart Dodd aspired to create a holiday to honor fathers. Dodd, the daughter of a single father and Civil War veteran, was inspired by a Mother’s Day sermon and wondered why there was no holiday for fathers. After securing support from ministers in Spokane, Wash., her idea came to fruition with the first Father’s Day celebration at the Spokane YMCA on June 19, 1910. President Wilson officially recognized Father’s Day in 1916, President Coolidge recommended it in 1924, and in 1971 President Nixon and Congress issued proclamations and endorsements of Father’s Day as a national tradition.

On Sunday, June 20, the YMCA of South Florida joins the nation in celebrating Father’s Day and recognizing the impact fathers and adult male role models make in children’s lives. Studies show that children with close relationships with their fathers and other adult male role models have more self-confidence and exhibit less depression, perform better academically and engage in significantly less risky behavior.

The YMCA of South Florida supports dads by offering a variety of programs that promote family time and provides families with opportunities to spend time together and bond. Find out more at your local YMCA.

What to Look for in Your Child’s Swim School

With pools in almost every backyard and close proximity to the coastline, it’s no wonder…

Summer Camp At The YMCA

Give your kids what they really want this year: summer activities! The YMCA of South…