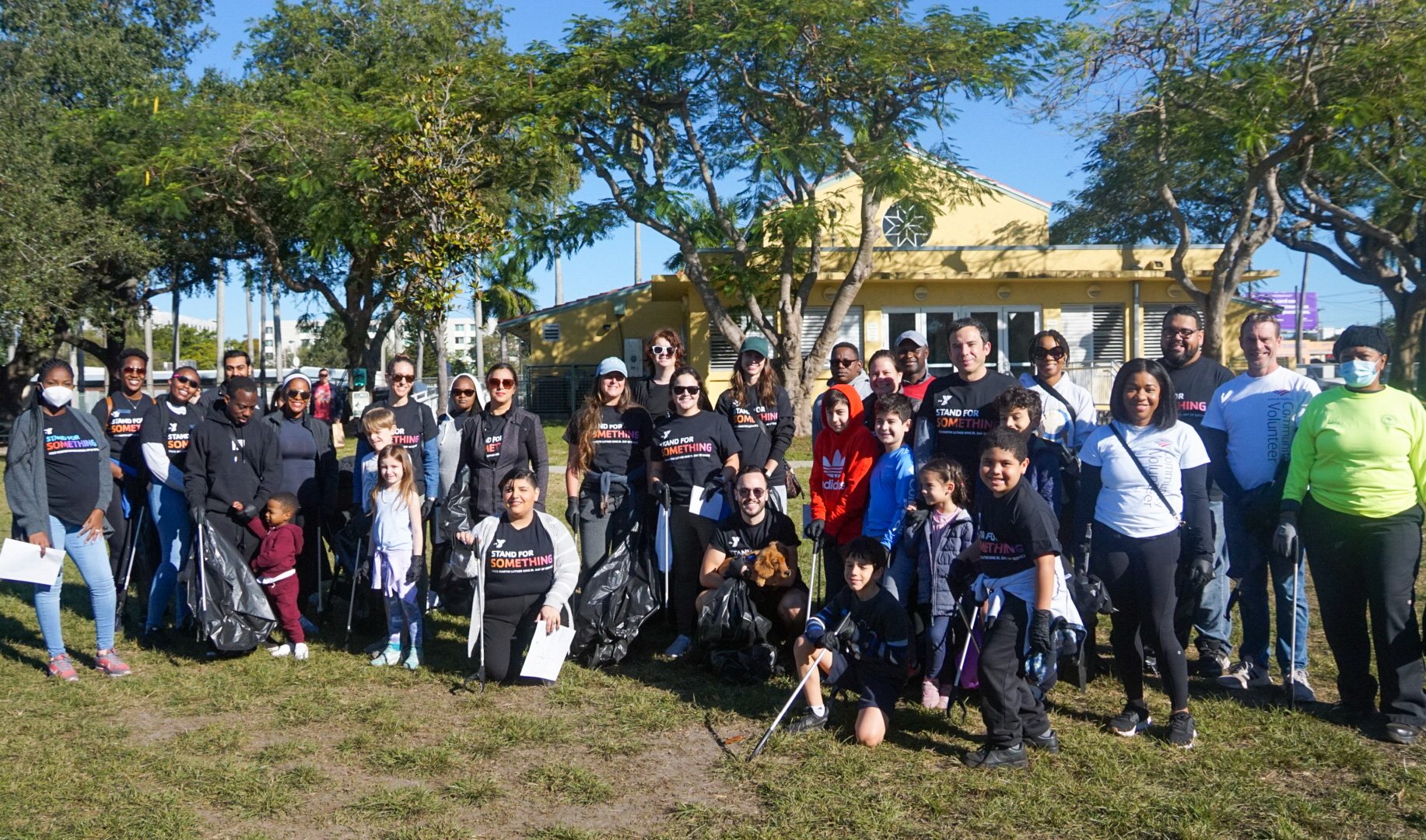 Among the attendees who came to remember King’s life and legacy was Johnie Bivins, who brought her grandchildren.

Celebrations were held in Broward County as well.

At a parade in Fort Lauderdale, a sign read “MLK – Our Hero Still Today,” with a peace sign replacing the “o” in Hero.

But, for hundreds of volunteers who rolled up their sleeves and got to work on Monday, this was also a day of service.

“We believe in Dr. King’s legacy, so for us, it’s about building what he believed is the beloved community,” said Karen Velazquez-Vargas, executive director of City Year Miami.

Volunteers helped create a more exciting and inviting environment for students and faculty.

“That’s really what it’s about: it’s lighting up days for our students, creating sparks for them, to help them feel connected, not only to the school but to each other and the community,” said Velazquez-Vargas.

Sprucing up neighborhoods was the mission for more than 200 volunteers working with the YMCA of South Florida in Fort Lauderdale. They spent the day painting murals.

“[We painted on] panels of wood that are going to go throughout the community in abandoned buildings, covering doors and windows to beautify the community,” said Emilia Solano with YMCA of South Florida.

It was also a special day for the 5000 Role Models Of Excellence Project.

“To celebrate Dr. Martin Luther King Jr. and to celebrate my boys,” she said.

The mentoring program is now in its 30th year.

“This morning, we epitomize the possibilities that Dr. King saw,” said a speaker at the breakfast.

These events all helped toward South Floridians’ efforts to keep King’s dream alive.

“I hope everybody has a nice, blessed day like I am,” said Bivins.

Sunday would have been King’s 94th birthday.